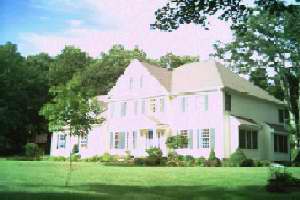 20-year old Adam Peter Lanza was born April 22, 1992, five years after his older brother Ryan. Adam, an honor student when in high school has been described as the ultimate recluse, dressed goth and was very slim in build.

His father, Peter John Lanza married Nancy J. Lanza in 1981 in Kingston, New Hampshire. Peter had a degree in accounting from the University of Massachusetts and later earned a Master's degree in taxation.


The Lanzas divorced in 2008 when he worked for General Electric. Nancy received alimony of $240,000 a year increasing yearly until 2015. Peter re-married a University librarian and lives now in Stamford, Connecticut and works for GE Energy Financial Services as tax director.


Nancy has been reported as an elementary teacher at the school where Adam made a forced entry and then killed 26 children and school staff. Each child was shot numerous times. But, Lt. Paul Vance, a spokesman for the Connecticut State Police, said Saturday afternoon there was no connection between the alleged shooter's mother and her son to the school. She was shot in the face at their home apparently by a weapon registered in her name.

Adam's grandmother lives in Brooksville, Florida and would not comment when a reporter contacted her.