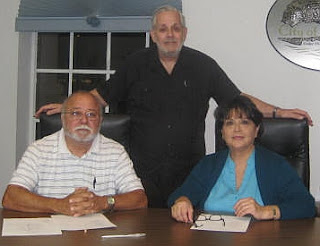 The officers were all elected for a four year term ending in December 2016.

Hendry County Democrats will meet in Clewiston on Thursday, January 24, at a location yet to be determined, just prior to Hendry County State Committee members' Mr. and Mrs. Rodriguez attendance at the January 26 election of Florida Democratic Party leaders in Orlando.
Posted by Don Browne at 3:07 PM