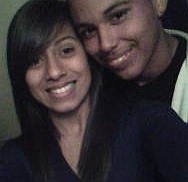 On Wednesday night around 11 p.m. deputies were called to 205 N. 6th St., where Coby Martinez Deleon, 18, and Natalia Trejo, 17, were found dead. Deputies are investigating the deaths as a probable murder-suicide.

The teens were found at the grandmother's home. The mother of the male called the Sheriff's office. It is not clear who pulled the trigger on the gun first. They were Immokalee High School students.

Deleon's Facebook page says he's "married" to Nati Trejo and shows a dateline saying he was married November 25, 2012. Another entry show a relationship noted "married since December 15, 2011" with Trejo's picture.

The investigation is ongoing and details will be released as they become available, said the Sheriff's Department.