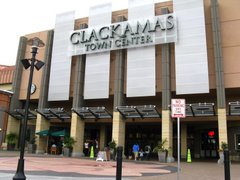 PORTLAND, OR. -- Panic arose at a Portland shopping mall in Clackamas County, Orgeon Tuesday. The Sheriff's office says a shooter was "neutralized" at the Clackamas Town Center Mall Tuesday afternoon.

Two shoppers are dead, and one critically injured along with the alleged shooter, Jacob Roberts, 22 who is dead of a self-inflicted gunshot wound.   The shootings occurred about 6:30 p.m. ET or 3:30 p.m. P.T.

Roberts was wearing a white mask and bullet proof vest and carrying an AR-15 semi-automatic weapon that apparently jammed at one point while he was in the mall food court.

About 100 Sheriff's deputies were in the mall searching for victims Tuesday and removing shoppers and store employees from the mall. As of 8:55 p.m. ET all stores had been cleared by Sheriff's personnel.

A local high school, located about a mile from the mall had let out students an hour before the shooting. The FBI arrived on scene at the 185-store mall along with Portland police and other area law enforcement agencies.

The shooter died from self-inflicted wounds, said Sheriff's officials. No shots were fired by law enforcement. Store employees and customers hid throughout the incident in back rooms of stores and in restrooms.

The Sheriff's office at a Tuesday night 9:30 p.m. ET news conference were not releasing many details due to the pending investigation, the Public Information Officer saying repeatedly "I can't give out that information" or "I don't know."